So, what do I read?  The lion’s share of it is fiction set in any historical period including those that haven’t happened yet.   I’m big into Tony Hillerman.  His stuff falls into the heading ‘crime procedural’ but there’s a reason he was given a Special Friend of the Diné award.  If you like your crime procedurals in the present day with a heady dose of the land and culture of the Four Corners region, you’re in for a big treat.   I have every one of his books I can get my little mitts on, and a big reread may be looming on the horizon.

C. J. Cherryh’s newest just came out, Alliance Rising, co-authored with her spouse, Jane Fancher, who is a talented author “in her own write,” to coin a phrase.  (Check out Jane’s RingDancer novels for the fantasy fans, and her scifi NetWalkers series.)   It’s set in the world of Merchanter’s Luck, Cyteen, Finity’s End, and Downbelow Station.  Alliance Rising starts a little slow, but then so do avalanches.  Bear with it.  It’s like a juggernaut with no brakes.  Once it gets rolling, it’ll drag you along with it.  Cherryh is a world-builder par excellence, but she populates her worlds with real, flesh-and-blood beings — not all her characters are Human.  But even her aliens are convincingly real.  There are the Mri of her Faded Sun trilogy, the various alien species of her Compact novels (the Chanur series), the Atevi of the Foreigner novels.  Her Morgaine novels are a brilliant mix of fantasy, sword and sorcery and scifi.

You’ll see some books by Joanna Chambers and K. J. Charles on my list.  They’re “romance” novels, but these books stretch the genre in a totally different, and more inclusive direction.  They’re not for everybody.   I like good stories with well-rounded characters.  In my world-view (unlike that of a certain well-known loose cannon in a certain well-known oval office), love is where you find it, and chacun à son goût.  I’ve got one of those pink knitted hats, too, in case you’re wondering.

I’m inordinately fond of the classic British detective novels, the  Lord Peter Wimsey books by Dorothy L. Sayers, and the Margery Allingham books, not to mention Agatha Christies’ books.  I love Neil Gaiman’s books (some more than others), and Charles de Lint.  I adore Terry Pratchett’s Discworld books, and Douglas Adams‘ Hitchhiker’s Guide to the Galaxy books, both of which are in the grand old British tradition of sharp-toothed nonsense. 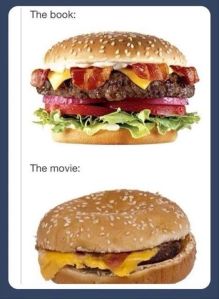 I’m a classics fan:  I much prefer Carroll‘s Alice, Milne‘s Pooh, and Travers‘ Poppins to Disney’s silly, superficial, exploitative, high-fructose corn syrup fueled versions.  (Disney gets short shrift from me.  I won’t enlarge upon my opinions here.  My momma raised me not to use that kind of language in polite company.  If you happen to like him, well, like I said, de gustibus non est disputandum.)

Sharon Lee and Steve Miller are also great favorites.  (Regency SciFi!).  Ursula Le Guin, Patricia McKillip, Sharon Shin, Ray Bradbury, Steven Brust, Diana Wynne Jones,  Lois McMaster Bujold.   I like Elizabeth Bear in small doses;  she’s a bit intense and hard-edged for me, though. I like Seanan McGuire‘s October Daye books a lot (Tybalt!).  I’ve tried some of her other books, but couldn’t get into them.  Doesn’t mean they’re not good; just means I couldn’t get into them.

Becky Chambers‘ first book in her “Wayfarer” series was hilariously good.  I have the next one but haven’t gotten to it yet.

D. B. Jackson’s Thieftaker Chronicles books are good.  Set in an “alternate universe” colonial Boston just before the Revolutionary War, but one where magic works.

I like Gail Carriger‘s books.  They’re like fine pastry with a good cup of tea in a comfy chair.  What with how grim and dark the real world’s gotten lately, I’m finding I’ve become more drawn to witty, light-hearted comedy.  Again, she’s an inclusive author, and some of her books are more “inclusive” than others.

Megan Whalen Turner‘s putting out another in her Queen’s Thief series this March.  If the Mycenean Greeks/Persian culture had made it to the Middle Ages, that would be the world of Eugenides the thief.   Great reads, the lot of them.  I expect the new one to be no different.

There’s also going to be a new Sebastian St. Cyr book out in March, the 14th in C. S. Harris’ long-running Regency detective series. Whodunnits set in Regency England, with an aristocratic protagonist and a side order of biting social commentary.  She has a PhD in European history, so she not only tells it like it was, warts and all, she gets it right, too.  These are not “women’s romance novels.” If you’re looking for Georgette Heyer, you won’t find it here.  Nothing frothy or frilly about Harris’ books;  they’re a truly meaty read.  Flesh and blood characters that live in a world that’s very real.

You notice I do a lot of rereading.   Good books are hard to find.  I only keep the books I’ll want to read again and again. 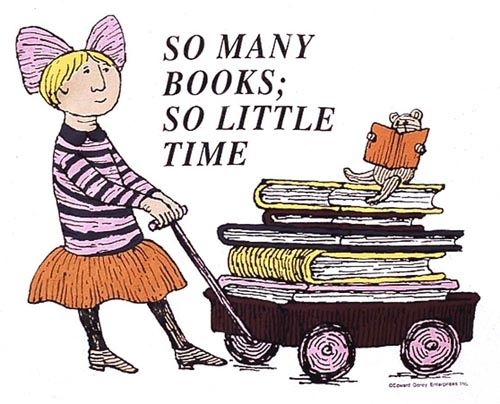